Thank you for your information.

We will get back to you soon. 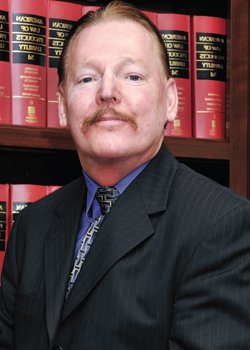 Education: “Bob” Cooper, as he is known by all, received his law degree (Juris Doctorate) from The University of South Carolina, along with an Associate Degree in Criminal Justice and a Bachelor’s Degree in Political Science.

Motto: Always be reasonable and never take it personally.

Experience: Mr. Cooper has represented thousands of bankruptcy clients, and is well known throughout the state of South Carolina as a competent and experienced attorney in both consumer and business bankruptcy cases. He has litigated difficult issues, some of which had never before been litigated on behalf of Debtors in this state, and has set new law regarding certain of these legal issues. Mr. Cooper has been asked on numerous occasions to speak on the subject of bankruptcy in seminars, and has done so. He has communicated with state legislators to enhance rights of consumers and small businesses in South Carolina.

Professional insight: Due to ever-increasing global competition, a new and different economy, terrorist threats, more conservative bank loan criteria and a number of other factors, more and more businesses, especially small businesses, have been struggling financially. Even when larger businesses located outside of South Carolina begin having financial difficulties, small businesses within the state of South Carolina are financially impacted because of their dependence on the larger businesses. Additionally, businesses may face other problems such as increased competition, cash flow problems, adverse weather conditions, an unstable economy, or failure to collect receivables, because those who owe them are also undergoing financial difficulties. The Federal Bankruptcy Law provides financial relief in these situations.

Few attorneys handle bankruptcy cases, and of those few who do, even fewer are capable of handling business cases. Therefore, it is imperative that a business owner seek the advice of an experienced business bankruptcy attorney. Robert Cooper handles more business bankruptcy cases annually than any other attorney in the state of South Carolina. He offers a free initial consultation with no pressure to hire, because he would rather provide the correct information about bankruptcy, instead of having the public rely on what they have heard, and so that businesses and consumers alike can make well informed decisions as to whether bankruptcy is the best option in their particular case.

“I look forward to meeting with you and to helping you, your family or your business solve financial problems.” Robert H. Cooper - The Cooper Law Firm

Thank you for registering for
Newsletters from The Cooper Law Firm.